Nocturnal pauses and bundle branch block – what is this?

How would you interpret this ECG

How would you interpret this ECG?

The Holter tracings showed a number of 2.8 second nocturnal pauses. A bundle branch block is also present. Is this high degree AV block and does the patient need a pacemaker?

Let us time out the P waves. 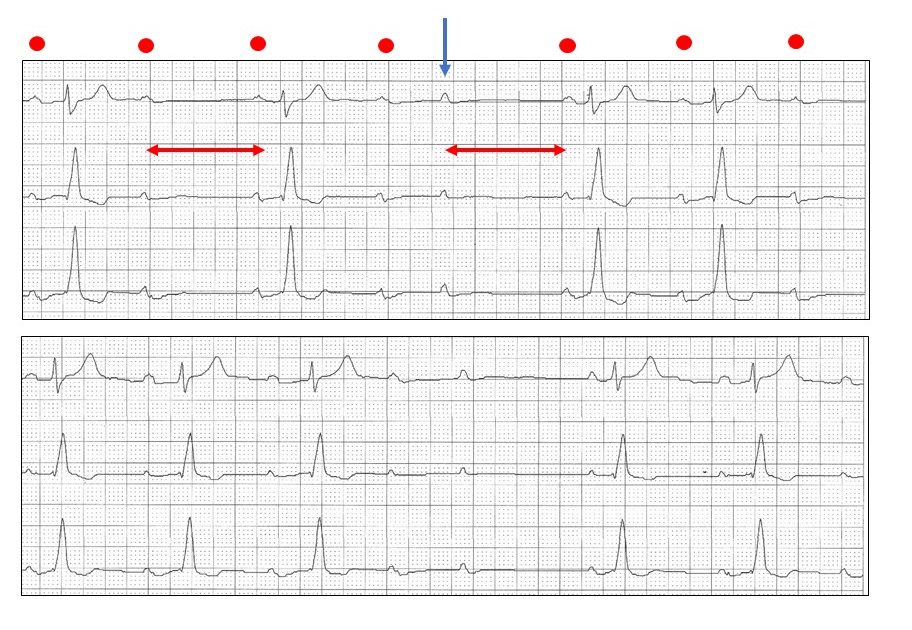 The rhythm is sinus and regular (red solid dots) and there is a premature P wave (blue vertical arrow) which differs slightly in appearance from the sinus P waves. The compensatory pause following the ectopic is identical to the sinus cycle length, meaning the ectopic beat reset the sinus node.

There is also 3:2 and 2:1 Wenckebach AV block with a dropped beat prior to the atrial ectopic.

In this situation, the Wenckebach AV sequence has already completed, but the pause is extended by the non-conducted atrial ectopic.

Remember Wenckebach sequences are common overnight as are atrial ectopics. Therefore, an atrial ectopic following a dropped P wave would not conduct as the conducting system is refactory and therefore the pause is extended.

Where is the Wenckebach AV block in a patient with a bundle branch block?  The literature says 75% are AV nodal and 25% are intraHisian or in the contralateral bundle branch. Further investigation of this patient would depend on symptoms.

Here is another example with no bundle branch block, which is clearly an innocent finding.

What happens if the atrial ectopic falls before the dropped beat?

In this situation the atrial ectopic is non-conducted and terminates a Wenckebach sequence.

Can the atrial ectopics conduct? 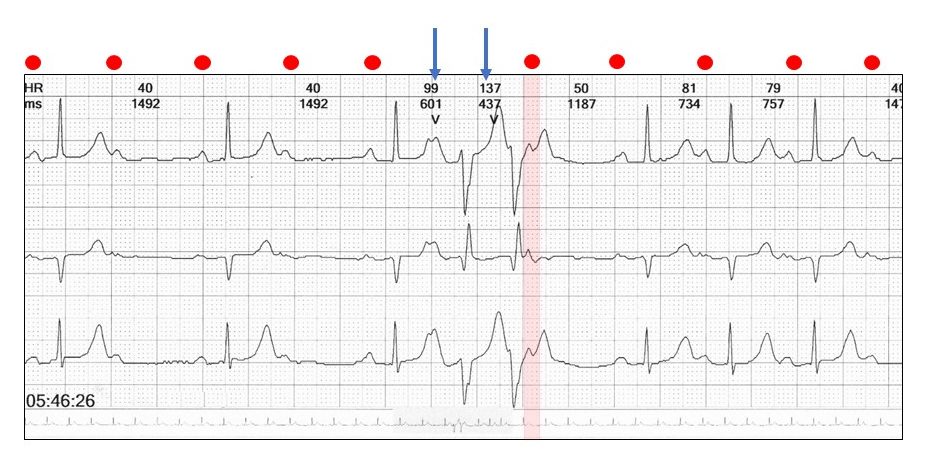 Yes, but maybe with aberration.

In this example, an atrial couplet appears to terminate the Wenckebach sequence, although the dropped beat may occur after the second ectopic (highlighted).

Longer runs of ectopy don’t conduct as in this example of a focal atrial tachycardia. The tachycardia also conducts with a Wenckebach non-AV sequence, but that is another story. (For those interested see: Mond HG and Vohra J. The Electrocardiographic Footprints of Wenckebach Block. Heart Lung and Circulation 2017; 26: 1252-1266.)

If a couplet can do it, what about atrial trigeminy? 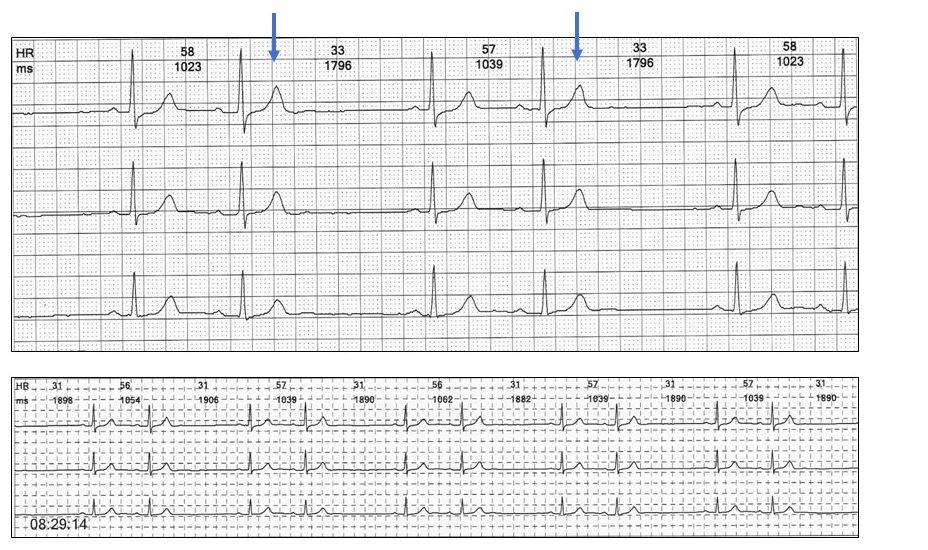 The non-conducted P waves are concealed in the T wave of the previous beat.

What about the pauses?

Under the influence of vagal tone, the compensatory pause may be very long.  This was a 27-year old female and there were frequent pauses overnight.

If atrial ectopics can terminate Wenckebach sequences, what about ventricular ectopy?

What about a triplet?

Remember the difference between termination and extension and that atrial and ventricular ectopics terminate a Wenckebach sequence differently!

How would you interpret this ECG